At the center of the UK Cloth Industry

Our directors, Sam Thorpe and Gavin Courtnell, have travelled the world promoting English Cloth. As such they have a fantastic reputation within the industry and a fantastic rapport with Tailors, Designers, Clothiers and wholesalers. 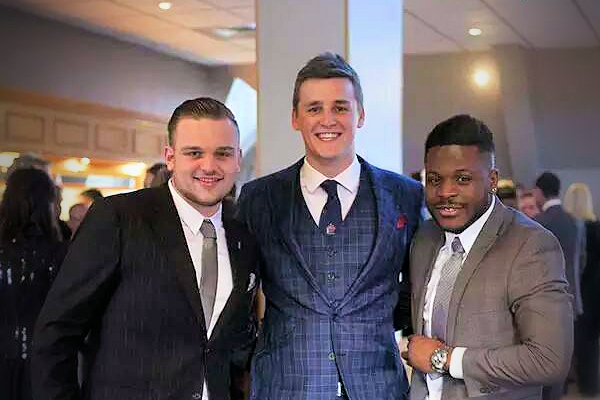 Before the 18th century, the manufacturing of cloth was performed by individual workers, in their very own premises in which they lived. Goods were transported around the country by packhorses or by river or canals that had been constructed in the early 18th century. In the mid-18th century, artisans were inventing ways to become more productive. Silk, wool, and linen fabrics were being eclipsed by cotton which became the most important textile.

Innovations in carding and spinning enabled by advances in cast iron technology resulted in the creation of larger spinning mules and water frames. The machinery was housed in water-powered mills on streams. The need for more power stimulated the production of steam-powered beam engines, and rotative mill engines transmitting the power to line shafts on each floor of the mill. Surplus power capacity encouraged the construction of more sophisticated power looms working in weaving sheds. The scale of production in the mill towns round Manchester created a need for a commercial structure; for a cotton exchange and warehousing. The technology was used in woollen and worsted mills in the West Yorkshire and elsewhere.